Researchers at the NYU Abu Dhabi Center for Space Science have determined that stars like our Sun can rotate up to two-and-a-half times faster at their equators than near its poles.

This conclusion is based on observations from NASA’s Kepler mission. By using astroseismology to determine the rotational patterns of stars using sound waves, researchers have found that distant Sun-like stars’ equatorial regions rotate significantly more rapidly than at mid-to-high latitudes and that the differences are much higher than expected.

Othman Benomar, a research associate at NYU, said: “This is very unexpected, and challenges current numerical simulations, which suggest that stars like these should not be able to sustain differential rotation of this magnitude.” 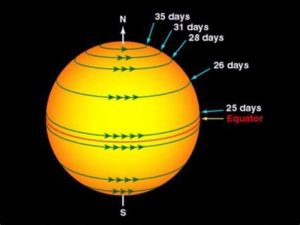 The equator of our Sun revolves about 10 percent faster than its higher and lower latitudes. Some Sun-like stars appear to spin as much as 250 times faster. Researchers have called these phenomena “differential rotation.” Rotation speeds on our Sun and stars like it vary at different latitudes because they are fluid.

“Understanding differential rotation is not only important for a complete understanding of how a star works, it will help us gain deeper insights about their magnetic fields.” Katepalli Sreenivasan, NYU Center for Space Science

Most planets and other spherical objects exhibit rigid rotation, moving at the same speed across the entire surface. One notable exception is Jupiter. Since Jupiter is a gaseous planet, it displays differential rotation. The rotation of Jupiter near the poles takes about 5 minutes longer than at its equator.

This geek is the co-creator of and producer for ZFO Entertainment, a writer for ZFOnline, and also a filmmaker and was the original voice of Chip in Disney's Beauty and the Beast, and actor from Jumanji, and The Borrowers.

Ready For Launch With “First Man” 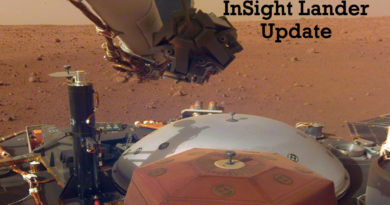 InSight brings Mars to us in Ultra High Def 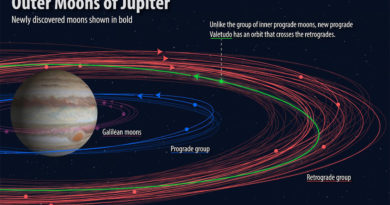 Jupiter Is Mooning Us Again